Installation and Configuration of VMware Horizon 7 for NVIDIA GRID and Blast Extreme!

Yesterday VMware released to web Horizon 7, which will likely be the most significant product launch for their End User Computing portfolio this year. Along with Horizon 7 come a number of very exciting new features that have been outlined in great detail in the following blogs:

Additionally, there’s a very good, must read white paper for Deploying Hardware-Accelerated Graphics with View Virtual Desktops in Horizon 6 that I highly recommend reading. The whitepaper is focused on Horizon 6.2, but much of it still applies.

App Volumes 3.0 and User Environment Management (UEM) 9.0 also released, and Horizon Air Hybrid-Mode is pending release sometime soon. For this blog post I’m going to be focusing on Horizon 7 deployment and specifically the installation and configuration of Horizon 7 for NVIDIA GRID and Blast Extreme! 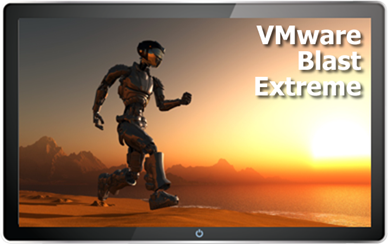 I’m most excited about Blast Extreme in this release as it’s the first protocol on the market from Citrix, Microsoft, or VMware to properly leverage the NVIDIA GPUs for hardware offloading of the encode stream (NVIDIA NVENC). The following visual characterizes the ideal scenario for getting frames rendered, captured, and encoded directly from the GPU Framebuffer (Memory):

You can read more about this process in my section about Click to Photon in my previous blog post. The NVIDIA team are truly mad scientists and have been trying tirelessly for years to educate the remote protocol and broker vendors (Citrix, Microsoft, VMware, NICE, Frame, etc.) on proper use of their APIs to grab the frames in the most efficient manner. I’m really excited to see VMware’s finally done it with Blast Extreme! The net result ultimately leads to lower CPU overhead to deliver a better user experience with more frames per second as there’s less general system overhead as the GPU takes on the heavy lifting. Lots of stats coming out from VMware and NVIDIA showing just how effective Blast Extreme and NVENC can truly be.